Swingin - From Fairhope to Mobile!

I came across this photo the other day and, it being Father’s Day weekend, thought it worthy of a new Blog post. See, my namesake is in the upper right corner playing the stand-up bass. I’ve not much clue as to when this photo was taken or where, for that matter. I’m guessing that it was in the late 50’s or early 60’s and as to ‘where’, well, it could have been here in Fairhope or Mobile. Dad told stories of playing for Mardi Gras organizations, company parties and all sorts of special occasion events on both sides of the bay. He told of playing in a few different bands, taking gigs whenever he could get them. He loved his music and his tastes ran from Classical, Big Band, Swing and Jazz of his era to more modern versions of the same. He was an aficionado and had quite the collection of albums and always the latest in stereo gear. In fact, he was such a purist when it came to his music, he would play a new album once, transferring it to tape so as not to damage the discs with repeated use. He was quite the meticulous sort.

Dad was born in Biloxi and settled in Mobile with his once circus performing mom and his brother. He learned to play the trombone in the band at Murphy High and this was the instrument he brought to the gigs he used to play. At some point, one of the bands needed a regular bass player and the leader asked if he was interested in learning a new instrument. That’s how he came to play the bass and though he gave up playing gigs as he got older, he would from time-to-time get together with friends and play some tunes.

He had other talents and interests as well. He was good with pencil and paper, recreating comic-strip characters free-hand. I still have a few of his ‘Dagwoods’ and they conjure up images of him and Blondie, always with one of Dad’s twists. He joined the Buccaneer Yacht Club and learned to sail. He always had a sailboat throughout the years and I learned quite a bit about the art of sailing. I never picked up the bug enough to buy a boat but rented and sailed my fair share during my time in San Diego. Dad loved to cook and was quite the gourmand – a word used in his day. He brought his meticulous nature to his cooking, for sure. I absolutely picked up my love of cooking from him as I could always be found helping him in the kitchen when visiting. Of course, whereas he measured everything out and followed recipes to a ‘T’, I eschewed the measuring devices and read cookbooks more for inspiration rather than direction.

My mother and father were divorced when my sister and I were quite young, yet we visited him often. It was during these visits that I would spend time with him in the kitchen, honing skills and gaining interest. And, during the evenings, we enjoyed the fruits of our labor, always while listening to music from his collection. I can’t remember once on any visit with my father seeing a television turned on. He did have one, however it was only used to watch tapes of his favorite old movies. No, it was always music at Dad’s. I remember listening in the evenings while he hammered me on the chess board! Those were some special times.

Dad and his wife Ida moved away in the late 70’s, spending several years in Indiana before settling in Port Angeles, WA. Ida passed away in the mid-2000’s and Dad asked for my help to move home. I flew out to WA as did one of his childhood friends, Dick Williams. The two of them drove Dad’s caddy while I drove the big-ass U-Haul. What a trip – I’ll remember it forever. Dad spent his remaining years, right up to the day he passed, doing what he loved to do, what he still could do. He lived alone, drove to the club once a week to have a couple of beers with his peeps, he shopped and cooked and he listened to his music. He always had a new ‘find’ he wanted me to hear, a new dish for me to taste or just an idea he wanted to share. I tell ya, I miss those visits and him as well.  Happy Father’s Day, Dad! 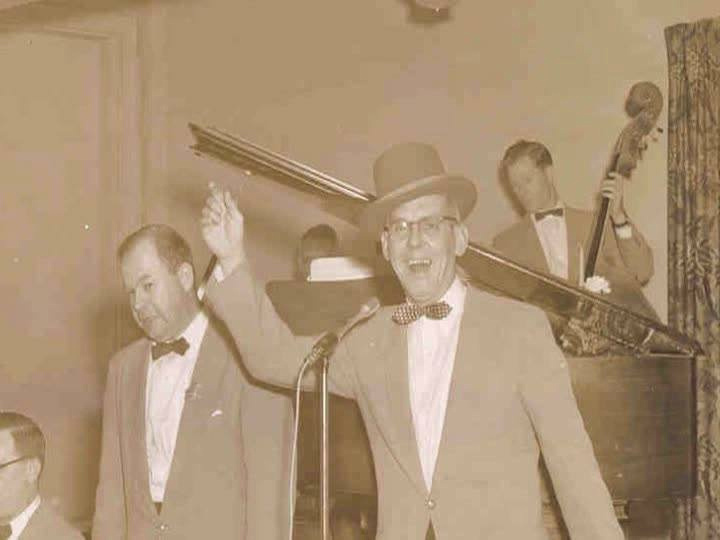 Lizzie(non-registered)
Walter, I love this post and hearing about your dad. It’s always been well know that you are great and inspired while in the kitchen, now I know where you get it from. I’ll never forget the first time Matt cooked for me, he had called you and he got a recipe for a dish with Thyme in it. He wrote down the recipe incorrectly from you and instead of a fraction of a teaspoon he used several tablespoons of Thyme, needless to say it made for a good laugh. Thanks for sharing.
Wiseshotz Photography
Linda, I'm so glad you enjoyed the bit about my Dad. We are a mix of great and interesting folks here in Fairhope, for sure!
Wiseshotz Photography
Thank you, Nancy! For both the Father's Day wishes and for following my Blog!
Nancy(non-registered)
Oh, I didn’t expect to read such an interesting, intimate, lovely tribute to your dad!
I love biographies, autobiographies, and snippets of another’s life story. Thank you for sharing.
And Happy Father’s Day to you!
Linda Ward(non-registered)
I loved your blog! What wonderful memories you have of your very colorful father. I do believe Fairhope had more interesting people than any place I have ever been. I sincerely believe those wonderful people made it possible for us to grow up believing everything was normal and fun.
No comments posted.
Loading...
Subscribe
RSS
Recent Posts
HOT PIXELS HOUSE LIGHTS UP! The Calm SPRINGSTEEN Spring Clean Cigarettes & Rabies! SERENITY Glass Half Full Kenny Stabler A Happy Ending
Keywords
Fairhope Alabama wiseshotz Mobile Bay pentax #zenfolio pier memories Mobile Fairhope Avenue
Archive
January February March April May June July August September October November December
© Wiseshotz Photography
Powered by ZENFOLIO User Agreement
Cancel
Continue