As you can tell from the title, this little tale does end well, though, for a time yesterday, I feared the worst. I was out in the afternoon, piddlin around with a new lens and, of course, made my way to the Orange Street Pier. As you can tell from this shot, the water was calm, the wind non-existent and the quiet and stillness seemed deafening.  It was one of those moments that I wished would last, one that I could take home, file away, only to bring out when I needed a bit of peace in my life. But, I knew, too, that it was one of those moments that was just meant to be interrupted and it was, by the scream of a child.

See, in between taking photos, I was enjoying the moment and watching a young girl with a man I’d guess to be her father, both out on the pier fishing. It reminded me of doing things with my children and just enjoying them for them. I was kind of lost in the moment, you might say, taking it all in. The man must have opened some bait because very quickly, there were a couple of dozen gulls circling above the pier. And then, I saw something that I’ve never witnessed. But, I could see it coming.

The man went to cast his rod, let go the line and suddenly, a gull was diving toward the bait as it hit the water. And, the gull was spot on – it got the bait and the hook as well. That’s when the little girl screamed – and she didn’t stop even as her dad slowly reeled in the flopping gull. Immediately, I’m thinking the worse, the gull had to be hooked pretty bad. By this time, I’d walked about half-way down the pier to get a better sense of what was going on. Even though the man intended to try and free the gull, it was not cooperating and the child was in tears. I could see that the man grabbed some pliers and was working on the hook while trying to calm the girl. It seemed like several minutes passed when suddenly, I saw a gull flying away from the pier, looking none the worse for wear. The man kept telling the child, “who know that bird was gonna do that? No one will ever believe that happened”. Finally, the girl calmed down and they resumed their fishing. I walked away thinking how hearty and resilient our wildlife is here around the bay. Then the thought occurred to me that they are most vulnerable when there is interaction with us. Something to think about. 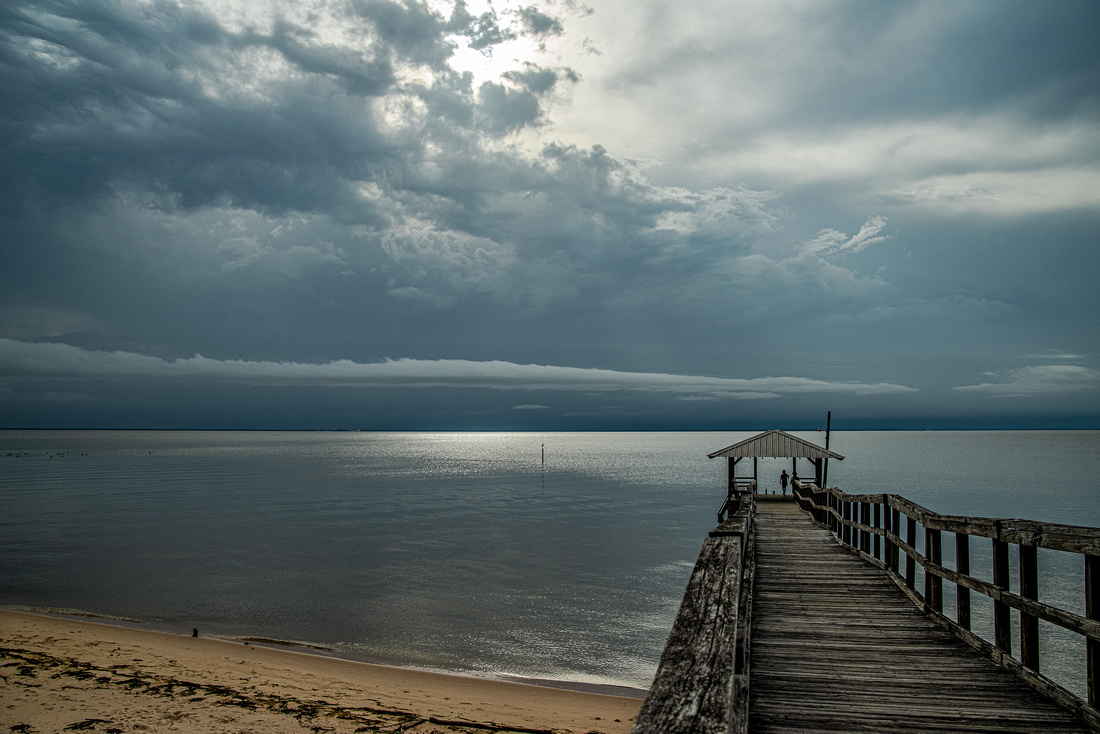