Yep, there’s Kenny, looking for an open receiver while his linemen do their best to protect him during yesteryear’s Mobile Bay Bowl! Yuk, yuk! Actually, Kenny is just chilling and taking advantage of the calm surroundings whilst keeping an eye out for a bite of dinner. There are several Kenny’s here in Fairhope, all of the Heron family, both blue and brown. They can be seen all along our beaches, piers and pilings, always looking for their next meal. Seems that one of their favorite hangouts is wherever a fisherman decides to try his luck with a castnet. Kenny or one of his brethren have learned this is an opportune place for an effortless meal. One would think this would render Kenny helpless, weak and unable to fend for himself. Not so! If one keeps an eye out, the Kenny’s can be observed in their majestic flight as they search for seafood delights along our waterfront. They most definitely are a big part of the team that is the beauty found here in our place on the bay.

And, I’d be remiss if I left you without explaining how the Kenny’s came to be named. Seems there was a special woman in my life a bit ago who was taken with my photography and she was a big fan of the Avian creatures who inhabit our area. She was especially enamored with our Herons and encouraged me to seek them out as I went about capturing the sights here in Fairhope. And, so I did. I was always on the lookout for a unique shot and, while I don’t really remember the particulars, I recall her assigning the moniker, ‘Kenny Stabler’, to one of the Herons I’d captured. This might seem a bit non-sensical to most, but, the two of us just adored having fun and word-play always seemed to be at the top of our list. From then on, all Herons were named Kenny and to this day, when I see a Heron, I think of his name and I think of her. Nuff said! 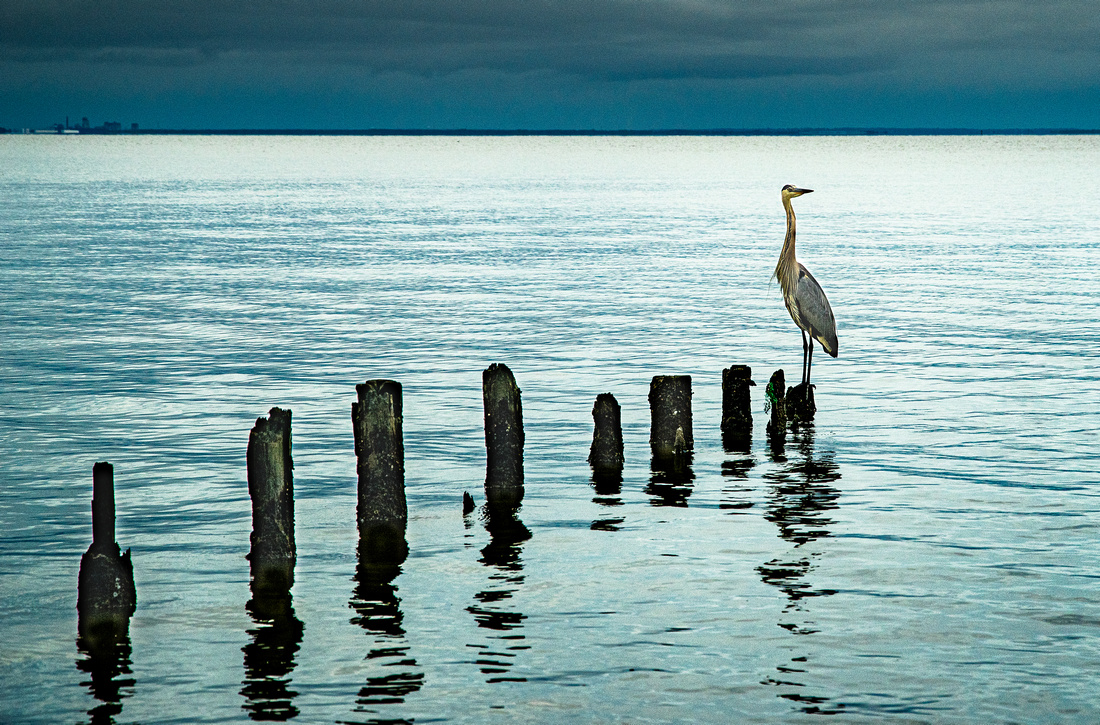