On occasion, I look through my photos for those diamonds in the rough that I may have missed, and while doing so, I come across a photo such as this one, which is not all it appears to be. There is a bit of background to the shot – how it was captured, the resulting photo and what it took to render it presentable.

About three cameras ago, I headed off on an evening for the Orange Street pier, determined to try my hand at producing a nice long exposure shot. To that point, I had not really done any of these, so this would be kind of an inaugural event. I set my tripod on the sand, positioned my camera and framed the shot I wanted, adjusted my settings and sat down to wait for the sun to sink away.

For a bit of explanation, a ‘long exposure’ shot is one which is taken while leaving the shutter open for a longer period of time than what is usually needed. As a reference and in contrast, a short shutter speed is what allows a race car doing 200 MPH appear to be stationary and in focus. So, a long shutter speed will ‘slow down’ action, or blur it. As you can see in this shot, the bay appears calm and still, with an ethereal quality. This is achieved with the shutter remaining open. Of course, it has to be balanced with an appropriate aperture setting as well, so as not to let in too much light. And, this is a very rudimentary explanation of a ‘long exposure shot. Additionally, carrying this out and getting those settings just right is no easy task for a beginner. For the most part, I got lucky. I really liked this shot and had a good image of the outcome in my mind as I released the shutter.

Imagine my disappointment then, when I loaded it onto my laptop and found that the sand, water and pilings were interspersed with tiny dots of light – whites, blues and reds, no larger than the threading end of a sewing needle. The rest of the photo came out just as I’d hoped, but these points of light seemingly ruined the shot. And, I had no clue what happened.

I asked folks who knew more than I about photography. I got all kinds of answers, but none really seemed to fit. Some said it was caused by a light leak, possibly through the viewfinder – but research indicated streaks would appear if that were the case. Some blamed my lens, but it was not that old and subsequent shots came out fine. Finally, I found the answer on an internet forum, with a pic that included the exact same problem – hot pixels were to blame. Pixels are the backbone of digital photography – the more you have/capture the sharper your picture. Digital photos are made up of tiny dots of light – pixels – and apparently, some pixels on the camera sensor can get overheated during long exposures. It’s just one of those things – nothing wrong with the camera and it may never happen again. So, I knew why, but I still was with a pretty good photo but for the ‘hot pixels’.

Enter Adobe Lightroom. Up to this point, I had been using free software to post-process my photos and shortly after taking this shot I bit the bullet and sprang for the real deal. A couple of months later, I got to work on this ‘negative, using a feature that will ‘heal’ imperfections on the photos. It was a painstaking process, but it worked and I’m happy with the shot.

So, what did I learn? I learned that free stuff is usually worth exactly what you pay for it, that things don’t always work out as planned and, contrary to popular belief, happy endings are a real thing. Oh, I also learned that if you’re gonna shoot photos at night on the beach, don't forget the bug spray! 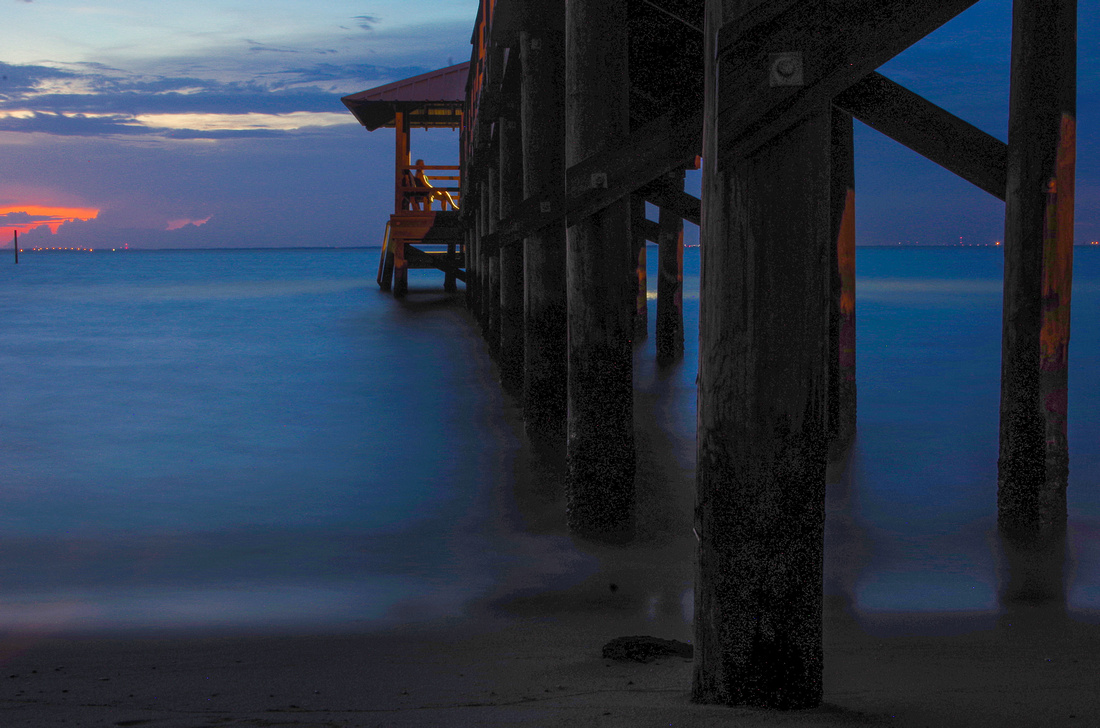